Discover medieval hairstyles with us. Find out what hair trends were popular in the past. Overview of hairstyles from the Romanesque period through the dark Middle Ages and from the Renaissance to Baroque and Rococo. Dared to wear any of these hairstyles today?

Hairstyles in the Romanesque period

The Romanesque period is dated between 11th and 13th century and is the best described by the late Migration Period and by the first “states” in the Central and Eastern Europe. Life was hard, requiring quick responses to danger and the time was not wasted even with hairstyles. Women wore hair ribbon, tied into hair during ceremonies and other important occasions. Affluent ladies used to encircle their ears with braids.

Hairstyles in the dark Middle Ages

Between the Romanesque period and the Renaissance there was a dark Middle Ages. The Church and the Inquisition forbade married women showing their hair in public, so they should wear various scarves or veils. Loose hair could by wear only by single girls. Up in the Gothic period, noblewomen began showing their hair only through a translucent veil, which was attached to a round headband.

Hairstyles during the Renaissance

Hair has been possible to show in public already to married women. Gold color of women’s hair came to the forefront – inspired by the fairy tales, women wanted to be blondes. If bleach does not help, they used a wig. Popular were hairnets with embroidered flowers, pearls and precious stones – with what could one afford. We can not forget to mention high and shaved forehead. There was widespread fashion among girls: long braided hair coiled on crown of head, as well as free-hanging strands along the temples.

Hairstyles in the Baroque period 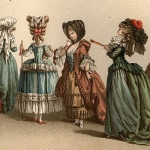 The Baroque is associated mainly with the idea of wigs. However, they were worn mostly by men, who liked them immensely. Long loose female hair were already out of fashion, but their length allowed to create a variety of hairstyles, which gradually got up to level twice the height of the head. In fashion was also a hairstyle á la Sévigné (named by contemporary French writer) with narrow waves on the sides.

Hairstyles in the Rococo period 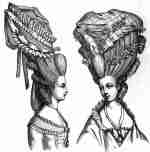 The popularity of wigs among men was consequently adopted by women, in the Rococo period. At first, court ladies pushed their hair up to 50 cm (20 in) height and adorned with feathers, and even fresh flowers that were immersed in vials with water and incorporated in the bowels of the hairstyle. Hairstyle become gradually more and more sophisticated in detail and weighed more and more, so have been reinforced with a wire frame. And that is why were wigs so popular in later times.

Gallery for the article Hairstyles in the Middle Ages – medieval hairstyles: 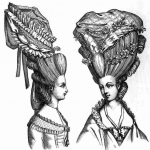 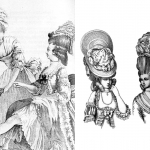 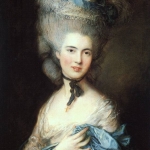 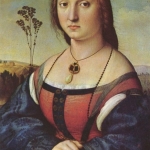 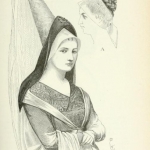 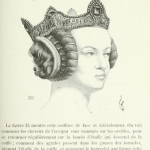 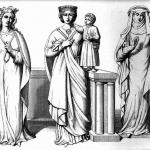 2 thoughts on “Hairstyles in the Middle Ages – medieval hairstyles”