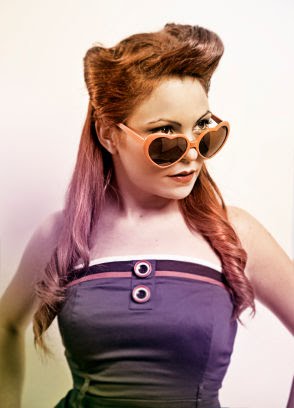 We will focus on retro rockabilly hairstyles, but first let’s say something more about their origin. Rockabilly is a style of music based on rock and roll, which was created in early 50-ies of the 20th century. Name was created by combining the words rock (from rock and roll) and hillbilly (nickname of U.S. villagers from mountainous areas who like country). The main representatives were Elvis Presley, Bill Haley, Johnny Cash, Neil Young, Chuck Berry and others, but this genre serves as an inspiration for many others till today. Rockabilly has still many fans, and they used to wear a typical haircut – rockabilly hairstyles.

In addition to fans of this style of music, contemporary fashion designers used to get inspiration from this subculture. And therefore we can sometimes see reusing it with nuances in fashion shows. It is also one of the reasons why these hairstyles are trendy and still in fashion.

Women’s hairstyles are much more than men’s, perhaps because of the need for longer hair, from which it is possible to model a countless number of variations of hairstyles. One of them are waves passing from the hips towards the top of the head (see the first image in the gallery below). Another hairstyles are curls made from medium length hair. We can’t forget to mention lush fringes, pompadour hairstyles and quiffs. If you ever heard of pin-up girls, these hairstyles are typical for them (why pin-up?, because most of the models were on posters and men, e.g. soldiers, pinned them to the walls of their rooms). 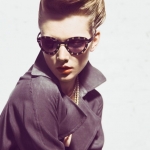 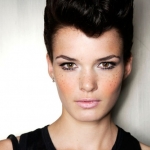 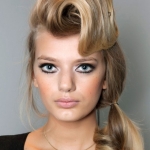 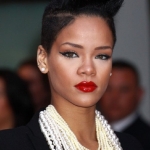 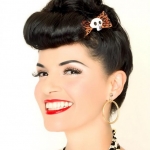 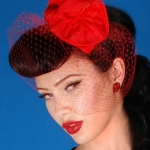 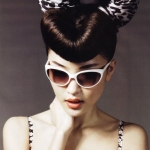 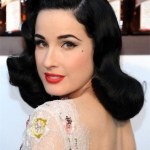 Gentlemen have to do hairstyles mostly with short to medium length hair. Focus is also on big bangs that strikingly stands out from silhouettes of heads – men’s pompadour (do you remember the Elvis?). Hair on the sides are either very short cut or gelled backwards. Favorite style is also gelled all hair backwards, not only side parts. By the way, it is one of the trends in men’s hairstyles for 2013. 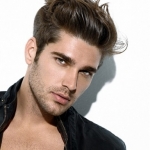 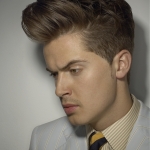 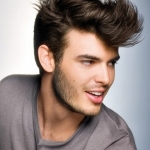 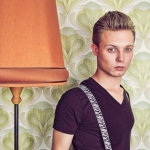 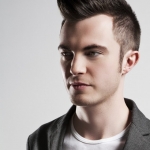 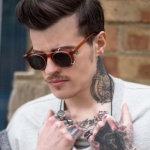 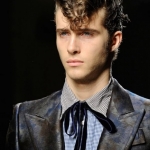 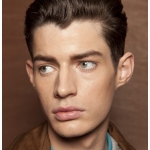 Over time, rockabilly style evolved into several directions. Connection with punk music style gave rise to psychobilly, which also has its own specifics in hairstyles.